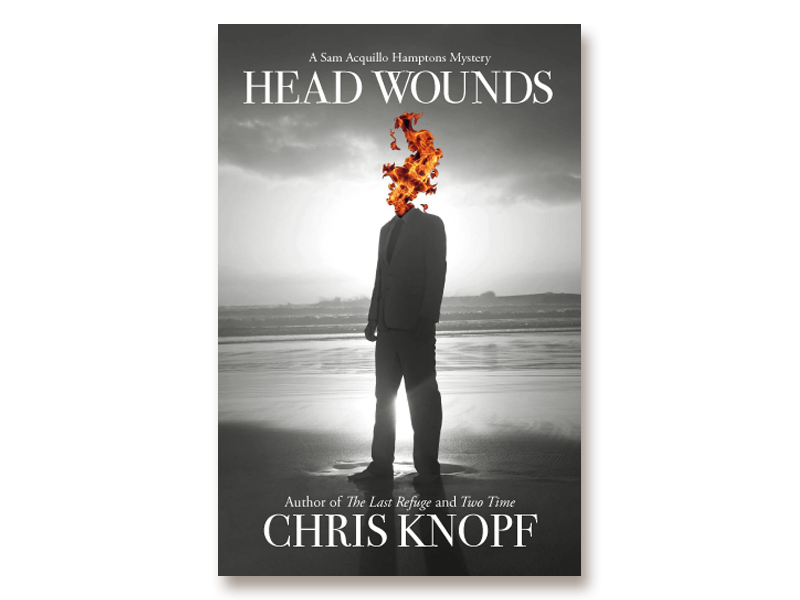 For all his reputation as a tough guy, it’s only when Sam sits down to chew the fat with bartenders, fishermen, teachers and other hard-working townies that we remember why it’s such a pleasure to visit this seaside refuge the tourists never see.”

What makes the novel feel fresh is whip-smart, snappy dialogue and intriguing characters, particularly smart women who handily skirt cliché. Knopf is also a dab hand at describing settings and characters. He brings the working-class side of Southampton, where fishermen and mechanics hang out after work, vividly to the page. This is a hero squarely in the tradition of Travis McGee, fueled by plenty of machismo and colossal amounts of vodka and beer.

What I liked most about Head Wounds is the intelligent writing, which entertained me on every page. Chris Knopf deserves a wide audience. This is one of those series published by a relatively small press that surpasses in quality a lot of what is being published by the big boys. Seek it out. You can’t miss its striking cover. You’ll thank me.