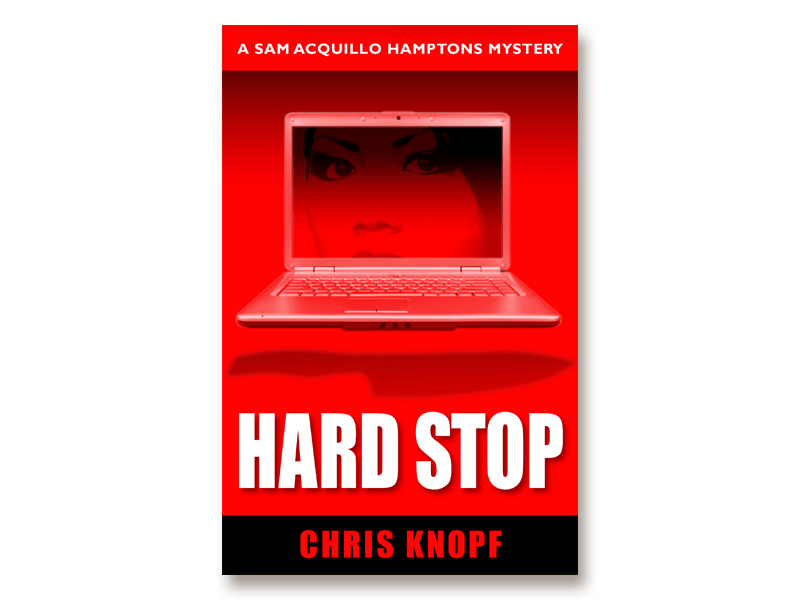 Knopf moves in fast, doesn’t hold his narrative punches. In his delightfully terse and incremental style, Sam is off and running, with his fight training and smart mouth kicking in. In his mid-fifties now—and this is his fourth appearance in a Sam Acquillo Hamptons Mystery—Sam is as cynical, funny and decent as ever.

An appealing hero and a colorful entourage that includes endearing Eddie, the anti-Marley dog, make for a lively and entertaining mix.

Sam and the gang meet with all sorts of bad people and situations, putting Sam in just the sort of danger that his doctor advised against (for someone nursing a head wound). Another clever caper in an underappreciated series starring a hard-boiled curmudgeon.