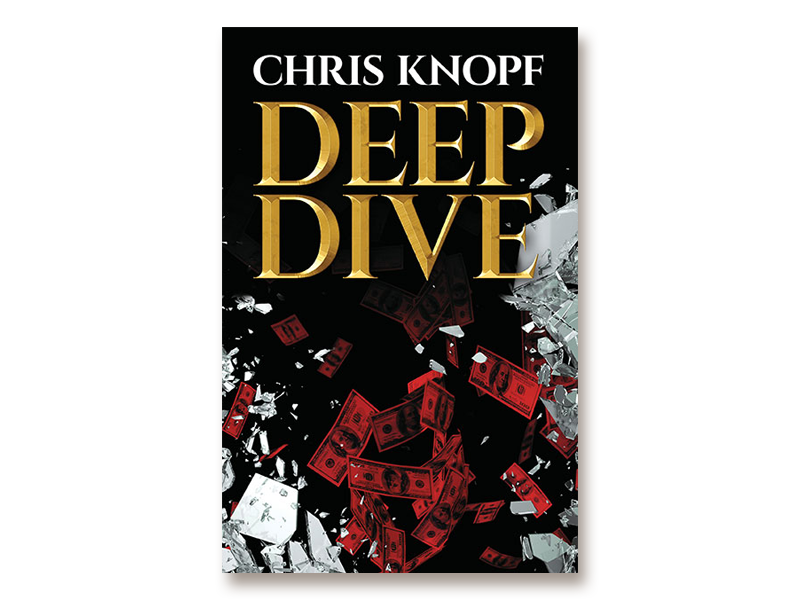 Why did Elton Darby, a high-level employee of an international philanthropic organization, fall out of a second-story guest bedroom to his death? That’s the mystery Sam Acquillo must crack in Knopf’s clever ninth whodunit starring the Hamptons carpenter and occasional PI…..Witty byplay between Sam and his significant other helps keep the action moving. Robert B. Parker fans will find a lot to like.

A houseguest’s fatal plunge from a neighbor’s second-story window spells trouble for Southampton carpenter/private eye Sam Acquillo and even bigger trouble for one of his closest friends, Burton Lewis…. Knopf clearly intends Sam’s ninth adventure as a valentine to Puerto Rico, emphasizing the ways the struggle to recover from Hurricane Maria are heightened by long-standing corruption, is the clear highlight of this installment. Only when Sam high-tails it back to Long Island to clear his old friend do things settle into a more familiar, though hardly reassuring, groove. Knopf balances the usual Long Island byplay with an unflinching look at Puerto Rico’s distress.