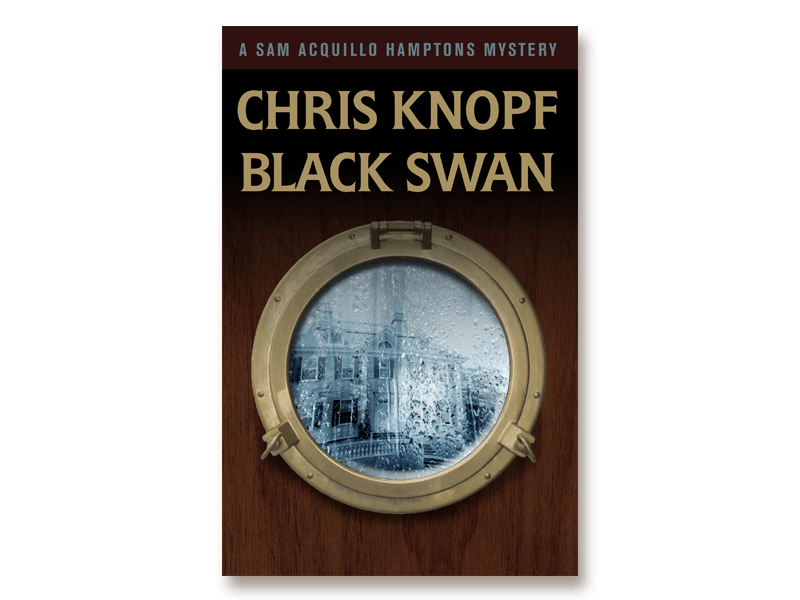 Chris Knopf’s Black Swan is another engrossing Sam Acquillo mystery. This spin on the classical “country house” mystery, is updated by the appearance of Subversive Technologies, a software giant on the verge of releasing a revolutionary program. As always, Sam’s interplay with his smart girlfriend is as enjoyable as Bogart’s and Bacall’s, and author Knopf is to be congratulated for resurrecting and updating a classic format.

The book features two really fine set pieces, the initial storm at sea and a devastating hurricane, in which the reader can feel the sting of salt spray. A must for boat-loving crime fiction fans.

In lesser hands, this tale of the storms of life —– nature’s and humanity’s — might seem melodramatic, but Knopf’s talent is such that “Black Swan” is gripping, satisfying and ultimately moving.